Malakta10.06.2019Blog, Evenemang, Events, Nyheter, TapahtumatComments are off for this post 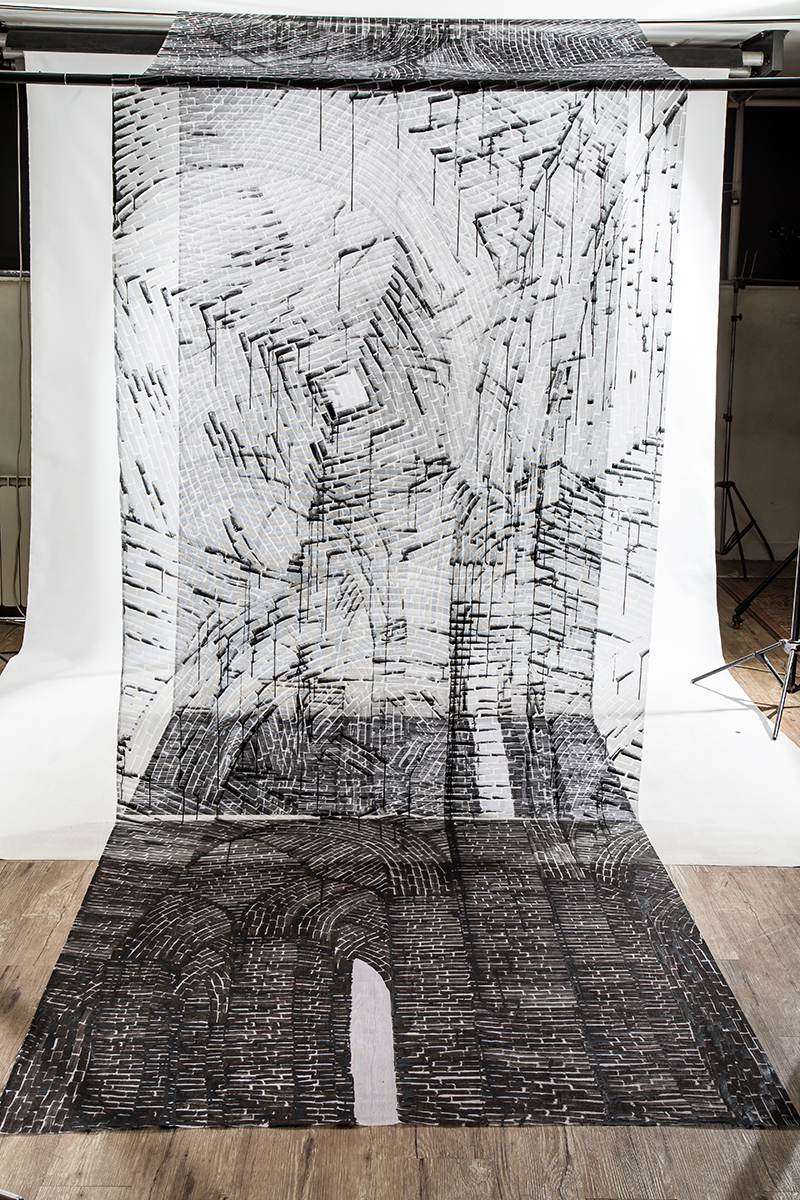 Atefeh Majidi Nezhad, Iranian Artist Participating at Ateljé Stundars the International Artist-in- Residence program in 2019, she creates small drawings with focus on using techniques like mono-print and ink drawing to continue her studies on architectural settings. There series are planned to be shown at Art gallery Teema, Vaasa City Library from June 20 to 30.

Atefeh studied at Isfahan Art University, gained a BFA, and continued on to the Faculty of Fine Arts at Tehran University where she earned an MFA in painting. She lives and works in Tehran, Iran.

The approach seeks to convey the expressiveness of perspective elements in an architectural setting while reducing the same aspects into flat surfaces. The nature of the net fabric is transparent so that the outlook of the viewer can pass through the flatted perspective of the rhythmic columns. “Zero-G” (weightlessness) in the title is a reference to the suspension and weightlessness felt by experiencing the flat perspective of the installation.
She is exploring the architecture of organized ideology and man- made systems through repeating lines and their quality of interaction with the media. The artist has created grand perspectives, referring to being weighed under the hegemony of such structures. 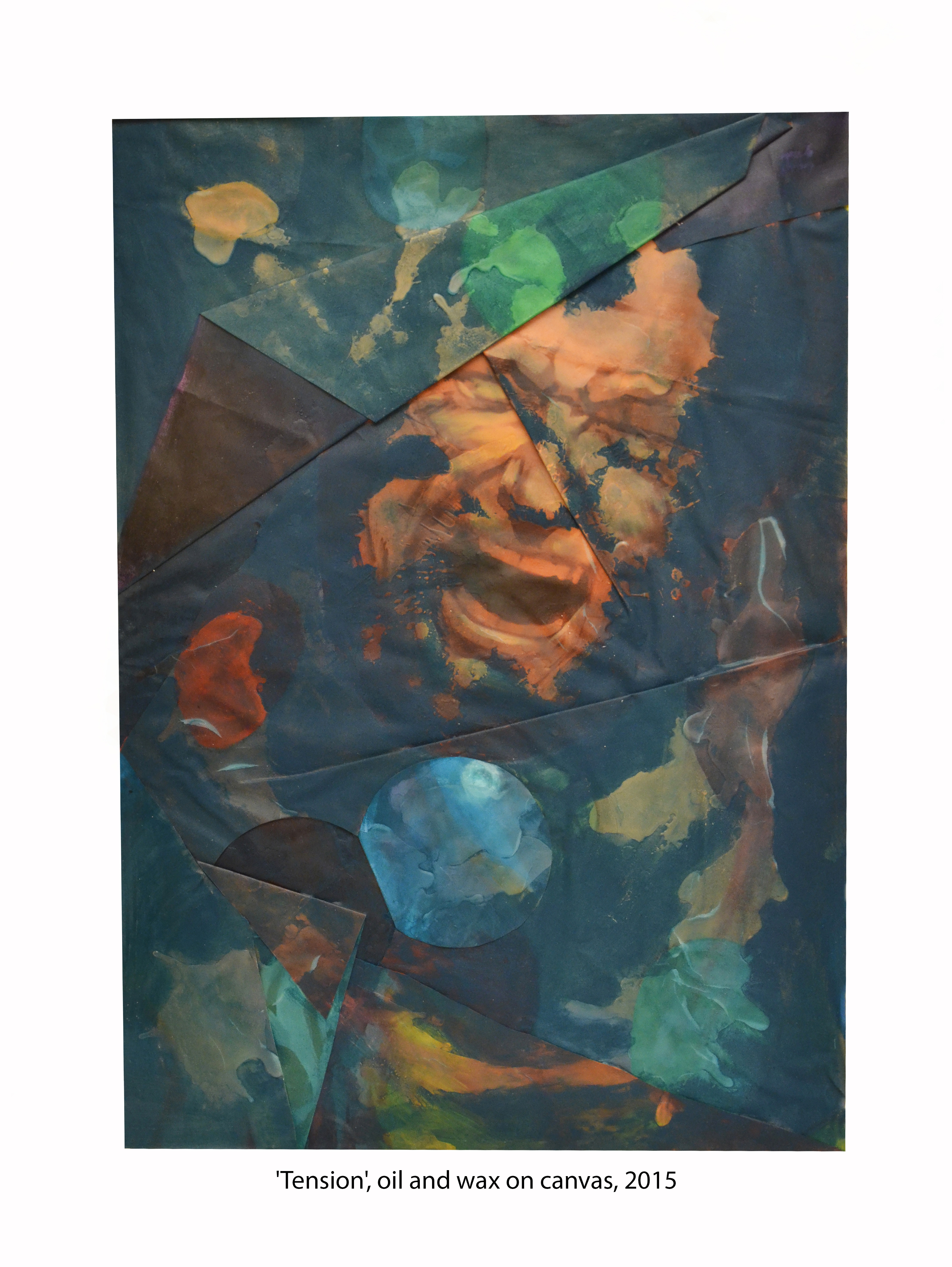 Bekim Hasaj was born in Albania in 1990. After finishing his artistic high school in Tirana, he moved to Italy, to Milan, where he graduated with full marks in Painting at the Academy of Fine Arts of Brera. At the moment he lives in Finland, where he started the Art Factory Studio “Black Box Genesis” with his wife and artist Valentina Gelain. His training, mainly pictorial, has always directed him to the analysis and study of color. His early works are characterized by gaudy, violently juxtaposed and overlapping tones. The brush strokes are decisive, expressive, strongly material. Although they do not give up experimentation, which led him to explore fields such as sculpture, the artist continues to use the canvas as a favorite support to communicate his emotions. The privileged subject is undoubtedly humans, in all its many and fragmentary facets. Over the years his painting has undergone a slow but incessant process of evolution, traceable in the transition from realism to abstractionism. Human figures have begun to split up and articulate; the same canvas has undergone profound changes. A constant evolution of his works must also be observed; the artist likes to rethink and re-contextualize the work continuously. In fact, the initial idea is often only the starting point of a process that can ultimately lead to a radical transformation of the work undertaken. At the moment the artist is looking for a closer dialogue between work and environment, between color and concept, in search of a new artistic balance.